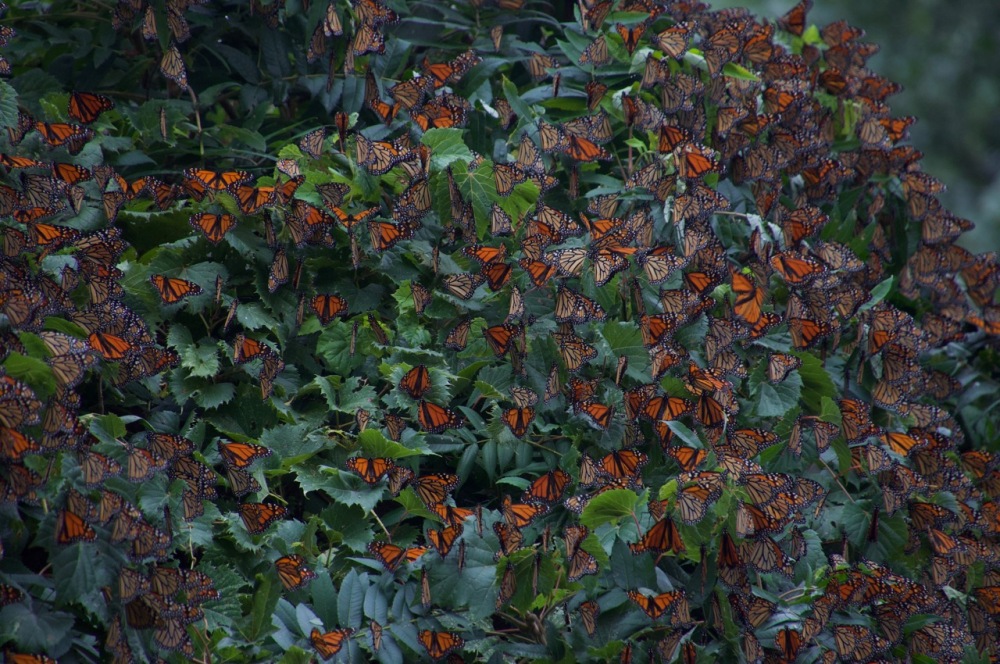 The trees along Ohio’s Lake Erie shoreline were transformed into a monarch butterfly tapestry from September 8th through the morning of the 12th. Ottawa National Wildlife Refuge lived up to its name as an anchor point to host the monarchs. They were driven across the lake by a strong northeastern wind then trapped by a rainstorm from the south, some of which was the remnants of hurricane Gordon. Monarchs make an annual fall migration from northern America to Mexico where they winter. They follow migration tracts to the north again in the spring. Circumstances marooned the southbound monarch masses along the northwestern edge of the Crane Creek Estuary on the refuge.

On Saturday people driving the weekend wildlife drive (in the rain) reported seeing the gathering of the monarchs. By Sunday social media had blown up with the reports. The result was a stream of onlookers driving in line from sunrise to sunset as people vied to witness the phenomenon. I was working the front desk of the refuge visitors center. The majority of the phone calls and the visitors questions were, “Are the monarchs still there?”, and “Where can I see the monarchs?” The rains continued Sunday through Monday but visitors were not deterred. Everyone wanted to see the monarchs. It became known as a once in a lifetime event. Monarch specialists made the trip just to witness the rare occurrence.

On Monday morning I closed the wildlife drive before sunrise allowing me to view the monarchs as the sun rose under heavy overcast skies and a constant drizzle. The Monarchs were still pinned down. We continued to field calls from people who wanted to see the butterflies. Management made a decision to conduct bus tours throughout the day to allow people to see them. I was privileged to witness the clustering and conduct tours. The monarchs stayed around until the weather broke on Tuesday. They were there early on Tuesday but by the second tour at 11:00AM the sun had warmed them up and the numbers had greatly dwindled from gatherings by the tens of thousands to those of a few dozen.

Documenting the event in photos cannot equal a live witnessing of the butterflies but, I hope you enjoy these images. 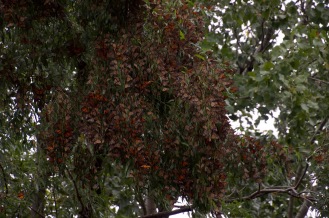 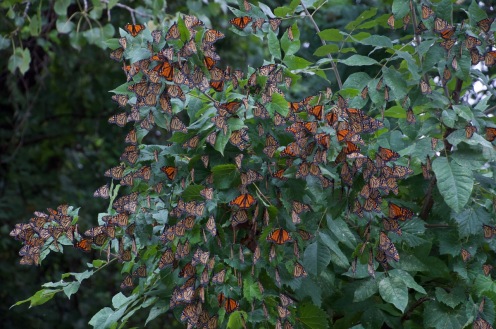 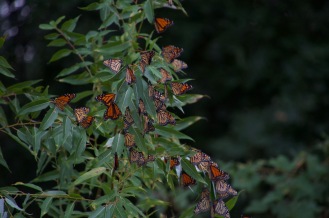 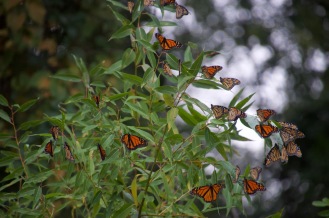 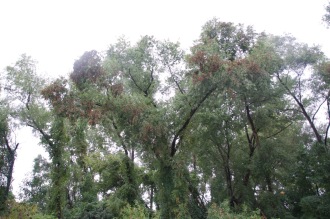 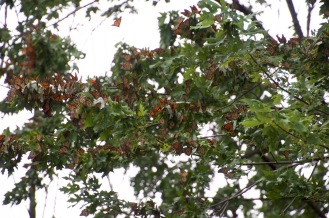 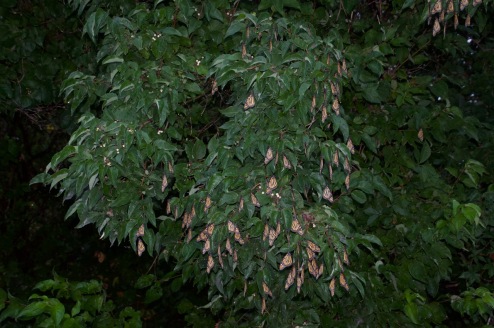 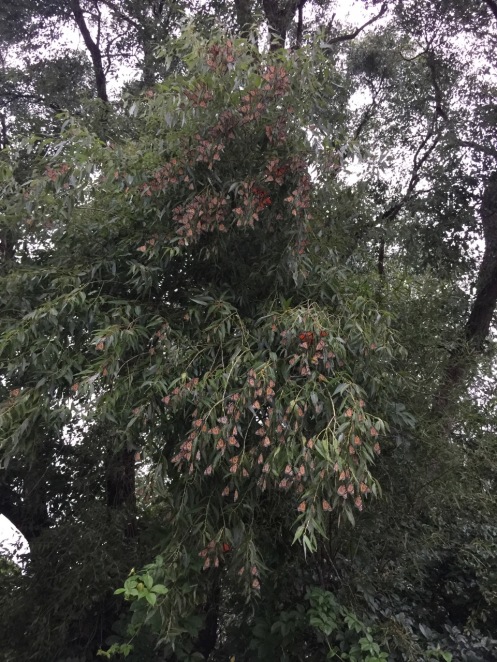 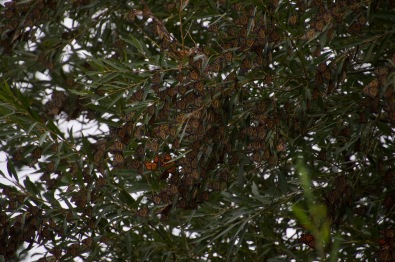 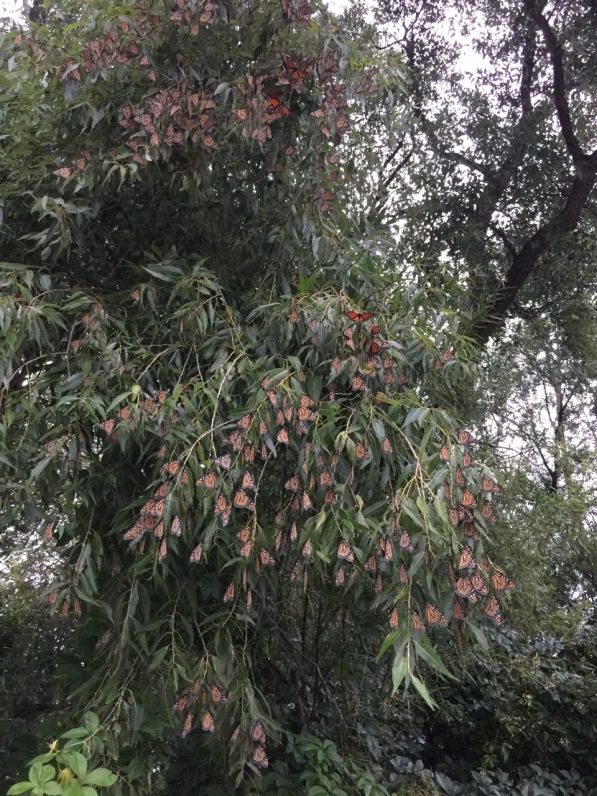 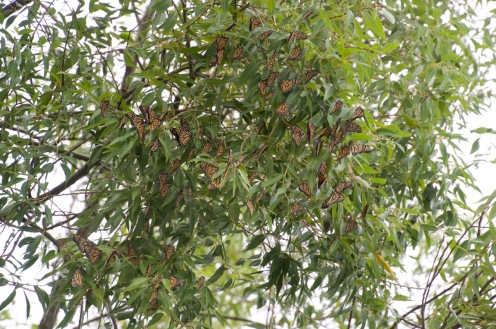 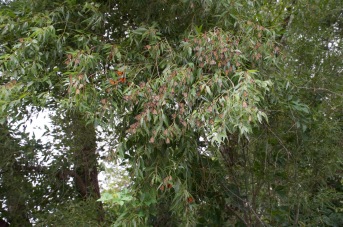 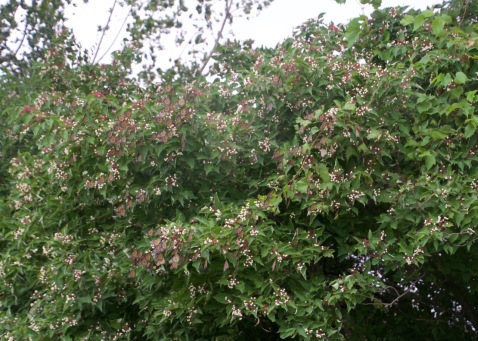